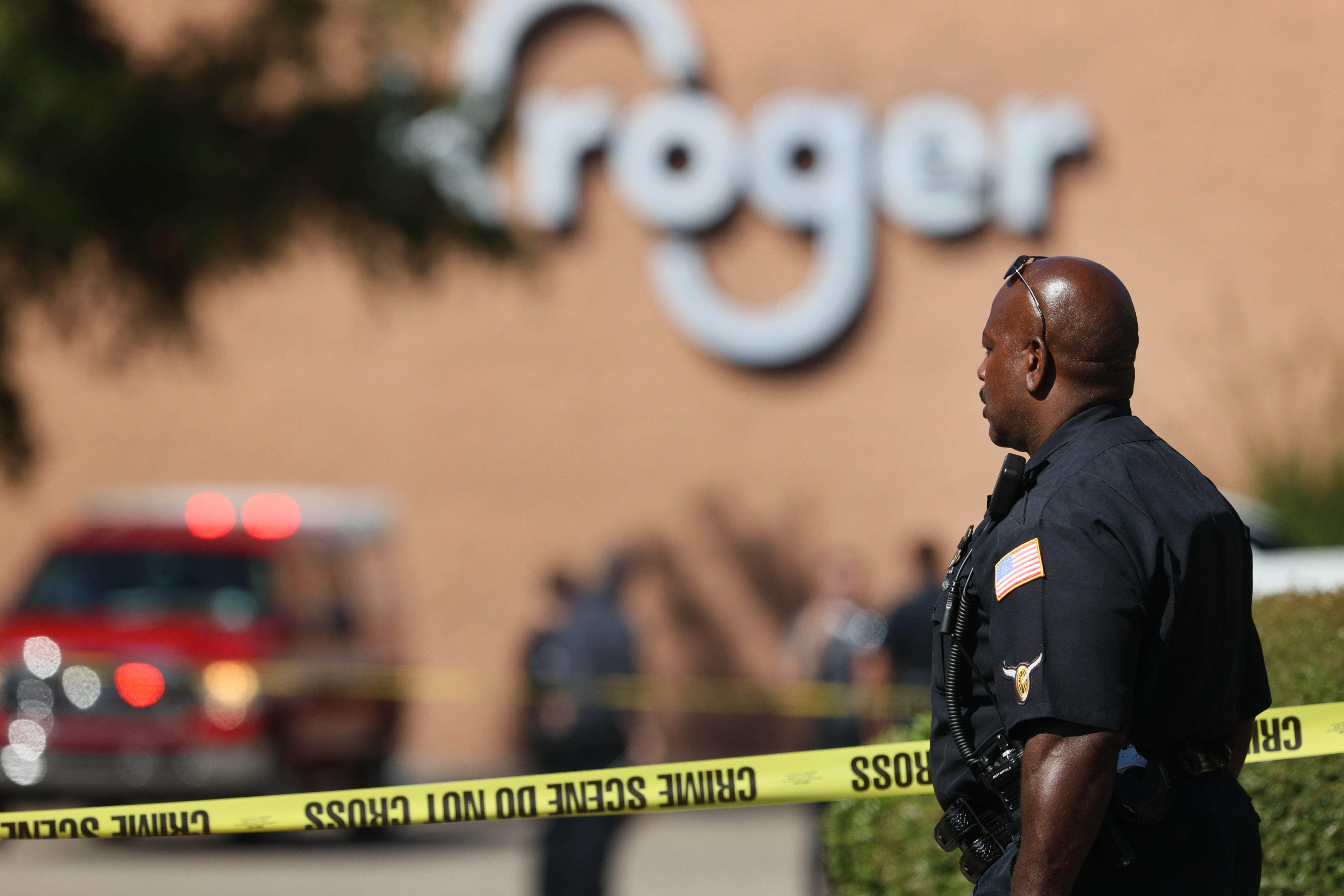 COLLIERVILLE, Tenn. — Police on Friday said the gunman in a shooting at a Kroger grocery store that killed one and injured 14 others was a third-party vendor for Kroger who died from a self-inflicted gunshot wound.

They also identified the woman who died in the shooting as Olivia King.

Friends told the Memphis Commercial Appeal, part of the USA TODAY Network, that King was a longtime resident of the area.

“Kind, polite, thoughtful,” added friend Maureen Fraser, standing beside him Thursday on the sidewalk near the blocked-off Kroger grocery store.

The Frasers said they had known King for years. She was from San Antonio and was widowed with three sons: one in the Navy, one in the Air Force and one who had just earned a doctorate, they said.

They said she attended Catholic Mass nearly every day and had previously worked as a financial secretary at a local school.

Police Chief Dale Lane said Friday that officials are “getting a clearer picture of what occurred” but did not confirm the shooter’s motive. The suspect, who was found dead at the back of the store, was identified as Uk Thang, 29.

Of the 15 people who were shot, 10 were Kroger employees and five were customers, Lane said.

“Thankfully, our prayers were answered: We didn’t lose anybody overnight,” Lane said. “There’s still some people battling, so continue to pray for them, as well.”

“In the hours since the shooting, we’re learning of truly heroic acts that included associates, customers and first responders selflessly helping to protect and save others,” Kroger said in a Friday statement. “We will remain forever grateful to the first responders who so bravely responded to protect our associates and customers.”

The store will remain closed during the police investigation, though workers are still being paid, Kroger said.

Lane said the gunman had previous “minor charges,” Lane said, but did not specify.

The shooting started at about 1:30 p.m. CDT Thursday at the Kroger in Collierville, about 30 miles east of Memphis. Police said they were immediately on scene and officers began making their way into the store to respond to what Lane called “the most horrific event that’s occurred in Collierville history.”

Previously:2 dead, at least a dozen injured in shooting at Kroger grocery store in Tennessee

He added: “I’ve been in fire service for 44 years … I’ve never been so proud of a group of people in my life, in my whole career.”

Workers hid in freezers and hunkered down in locked offices. One store employee was rescued from the roof, Lane said.

Witnesses, both shoppers and employees, who trickled out of the Kroger on Thursday described hearing what they thought were balloons popping before the reality of the situation became clear. Police escorted a crowd of roughly 40 to the center of the parking lot to take statements. Outside of the crime scene tape, family members of shoppers and workers waited to find their loved ones.

Brignetta Dickerson, an employee of more than three years, led a group of employees and customers toward safety by weaving through the store, with the shooter not far behind her group.

“I’ve been through everything,” she said Thursday afternoon. “This right here took the cake.”

In their own words:Victims describe confusion, then a desperate scramble to flee the store

Kroger issued a statement Thursday expressing sorrow for the employees and customers affected, as well as gratitude for the first responders.

Kroger, which has nearly 2,800 stores nationwide, has attempted in recent years to minimize potential gun violence in its stores. In 2019, the chain announced it would prohibit the open carry of firearms in its stores. It’s the country’s largest supermarket chain in terms of revenue.

This event marks the second mass shooting in a year at one of the company’s stores. In late March, a gunman opened fire at King Sooper’s store in Boulder, Colorado, killing 10 people. King Sooper’s is part of the Kroger company.

Micaela Watts is a reporter for The Commercial Appeal, she can be reached at micaela.watts@commercialappeal.com.