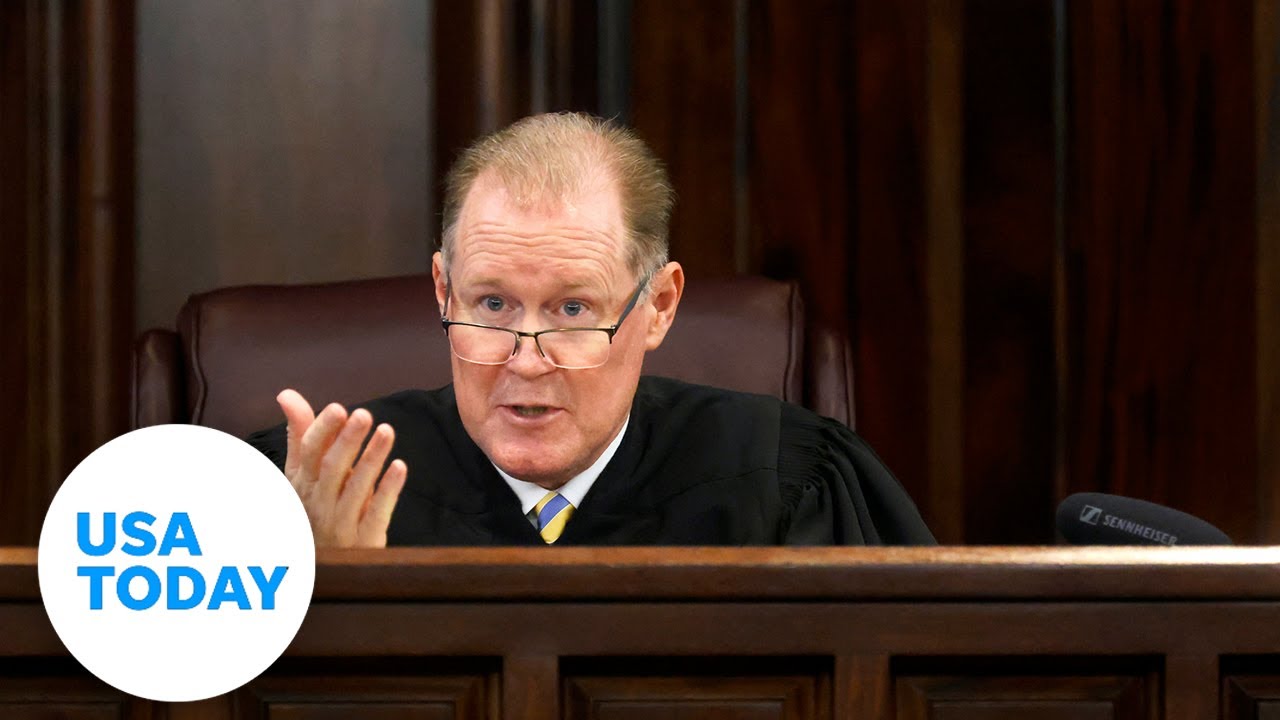 BRUNSWICK, Ga. — The judge in the murder trial of three white men accused of killing Ahmaud Arbery denied a defense attorney’s request Monday to remove the Rev. Jesse Jackson from the courtroom.

The civil rights leader joined Arbery’s family, sparking a tense discussion among the attorneys and a motion for mistrial over Jackson’s presence and after Arbery’s mother was heard weeping in the gallery. Judge Timothy Walmsley also denied the motion for mistrial.

It’s the second time the judge has refused defense attorney Kevin Gough’s request to bar members of the public from the courtroom. Last week, Gough took issue with the Rev. Al Sharpton, suggesting it would intimidate the jury.

On Monday, Gough, who represents William “Roddie” Bryan, argued Jackson’s presence may impact his client’s right to a fair trial and asked the court to have Jackson sit in the overflow room next door.

“There is no reason for these prominent icons in the civil rights movement to be here,” he said. “I would suggest whether its intended or not, inevitably a juror is going to be influenced by their presence in this courtroom.”

Walmsley said he was not aware Jackson was there until Gough pointed it out.

“At this point, it’s almost as if you’re just trying to continue this for purposes other than just bringing it to the court’s attention and I find that objectionable,” Walmsley said.

“I’m done talking about it, Mr. Gough,” he continued.

“That was maybe something that has influenced what is going on here,” he said, referring to Gough’s comments. “So you need to understand, everybody, that your words in this courtroom, have an impact on a lot of what’s going on here.”

Last week, Gough suggested that “high-profile members of the African American community” were “intimidating” the jury and that he did not want more Black pastors appearing in the courtroom. Gough later apologized for his comments.

Outside the courthouse, Jackson addressed reporters and supporters of the Arbery family, saying he plans to stay all week. More than 100 Black pastors are also expected to come to Brunswick on Thursday for a rally and march.

“I have a moral obligation to be here,” he said.

Monday was the seventh day of witness testimony for the prosecution in the trial of Bryan and father and son Gregory and Travis McMichael, who charged with murder and other crimes in Arbery’s killing on Feb. 23, 2020. The men were arrested two months after the incident, after cellphone video taken by Bryan was released.

Seacrist told jurors how Bryan “minimized” his involvement in Arbery’s death during an interview months later. Bryan initially told a Glynn County police officer he was “chasing” Arbery the day he was killed and that he blocked, cornered and cut-off Arbery. But Bryan later told the Georgia Bureau of Investigation that he “angled” his car toward Arbery so he could “see” and take a photo of him.

Prosecutors say Arbery did not commit any crimes and was killed because the three white men made assumptions when they saw a Black man running in their neighborhood. Defense attorneys say the McMichaels were trying to detain Arbery for police questioning and Bryan was a bystander.

What is it? What are the symptoms?

Steve Bannon turns himself in on contempt of Congress charges.